If memory is a bottleneck on a system, this means that there is not enough memory for all of the active threads to keep their working sets resident. When the amount of free memory drops below lotsfree, the page daemon will begin trying to free up pages that are not being used. If the amount of free memory drops too low, the swapper will begin swapping LWPs and their associated processes.

When the page daemon and the swapper need to execute, this will decrease the amount of execution time the application receives. If the page daemon is placing pages that have been modified on the pagefree list, these pages will be written out to disk. This will cause a heavier load on the I/O system, up to the maxpgio limit. 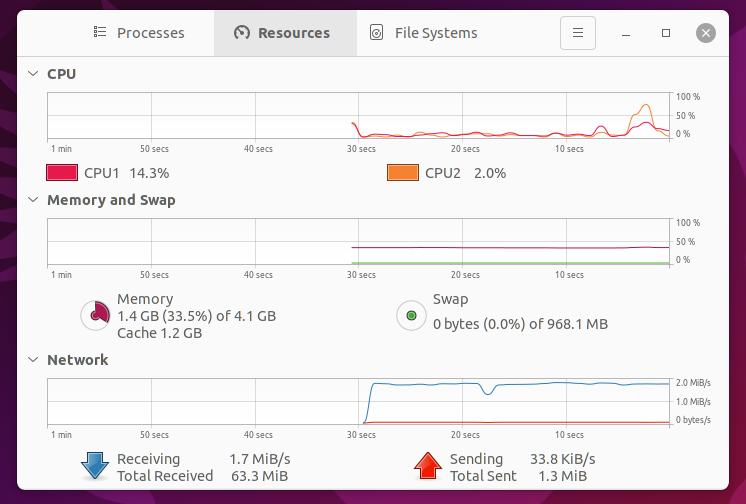 The only utility that provides statistics on the hardware cache is vmstat -c. Cache misses are a potential bottleneck if they occur frequently enough. However, even when using vmstat -c, they are extremely difficult to detect.

There are many possible solutions to a memory bottleneck, depending on the cause. Your main goal is to make more efficient use of existing memory. If a system is consistently low on memory, there are a few potential remedies that can be applied.

If several large processes are in execution at the same time, these processes might be contending with each other for free memory. Running these at separate times may lower the demand. For example, running several applications sequentially might put less of a load on the system than running all of them concurrently.

Functions that call one another within an application should be placed as close together as possible. If these functions are located on the same page, then only one physical page of memory is needed to access both functions.

The setrlimit can be used to force applications to keep their stack and data segments within a specific size limit.

Adding more physical memory, or at least more and faster swap drives, is always a solution as well.