Linux looks to be gaining ground in the retail industry as the software running the point-of-sale terminals found at the front of brick-and-mortar checkout lines, according to a study from market analysis.

Open-source Linux software has made real inroads in only a few select markets, such as among ISPs that use the operating system for hosting Web servers. The much-hyped technology has never accounted for more than 50 percent of the point-of-sale (POS) market. But with a few major retailers planning to use Linux to run their POS terminals this year–including big players –the software is set to gain ground against Microsoft. 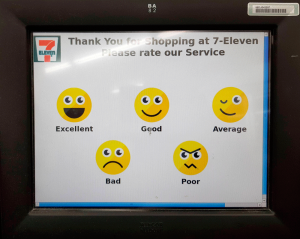 “Linux has needed somebody like Home Depot to step up,” said IHL president Greg Buzek. “I think this is the year we’re going to start seeing Linux make a dent in retail. 50 percent is not a dent, especially considering the hype that’s been there for two years.” IHL forecasts that Linux will operate between 6 percent and 8 percent of the POS terminals shipped this year.

Linux is likely to get a boost from the growing number of large retailers trying to sell goods through multiple channels–in stores, online and through catalogs–that complement each other and steer customers back and forth. There’s nothing about Linux that makes it inherently conducive to such cross-channel retailing, Buzek said, but the technical demands of such multichannel merchandising usually require retailers to upgrade their inventory management, CRM or e-commerce platforms, leaving the door open for an OS like Linux.

Large department stores or hard goods merchants are more likely to migrate to Linux than smaller retailers, Buzek said. A retailer with a big base of installed POS terminals, for example, can justify the cost of writing its own application in Linux rather than paying a per-terminal licensing fee to Microsoft.

And corporate culture comes into play as well. B2Cs that place a high premium on controlling their own apps and maintaining technological flexibility are most likely to eye Linux in the coming years. “It’s the companies that basically write their own code and support their own code,” Buzek said.